A Family-owned Business with over 100 years of history..

The Burleigh name has been synonymous within the industry for more than 100 years. It all started in 1912, whenever William Burleigh bought the deeded land from the Pope's family. Shortly after in 1934, Lorne and Burton Burleigh; the sons of Edmund Burleigh and nephews of William Burleigh established "Burleigh Brothers". In 1959, Rogers Burleigh took the business over from his father Burton and established his first processing plant at the Bideford Wharf, before moving his operation to East Bideford in the 1970s. Then, in 2003, Troy and Geoffrey Burleigh took the business over from their father Rogers. Troy and Geoffrey are currently the owners and operators of Burleigh Brothers Seafood Ltd. Our business has a long family history in processing some of the best seafood in the world.

The Malpeque Oysters sold by Burleigh Brothers Seafood Ltd. are among some of the finest and highest quality oysters in the world. The Worldwide reputation of the Malpeque Oysters dates back from 1892, when it was judged as the tastiest Oyster in the world; even after crossing the Atlantic by Steamer. It also won the highest awardest at the Paris Exhibition.

Our beds are located in East Bideford on the Malpeque Bay, and these beds date back to a rare crown grant, granted by Queen Victoria of England around 1863. Our #1 bed (Peter Creek Bed) has been the source of award-winning oysters since the late 1800's, and remains in constant use to this day.

Today, Burleigh Brothers Seafood Ltd. is one of the largest oyster dealers in Prince Edward Island, and was the first oyster dealer in Prince Edward Island to ship to markets in the United States, and to various other markets throughout the world. Under the leadership of Troy and Geoffrey Burleigh, the legacy of the Burleigh name continues, and as does our company's committment to delivering some of the highest-quality seafood products in the world.

We're very proud of our long and extensive history. 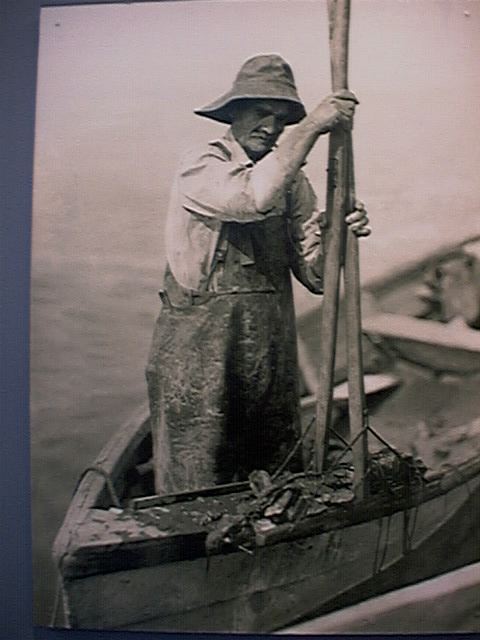 The only difference between fishing Uncle WIlly's Oysters in the lates 1800's compared to today, is that today we have motors on our dorys. Other than that, it is still done with a strong back and a good set of tongs.

The grading of Oysters hasn't changed at all. It's still done by hand. The only difference is that now all of our Oysters are thoroughly washed before being packaged. 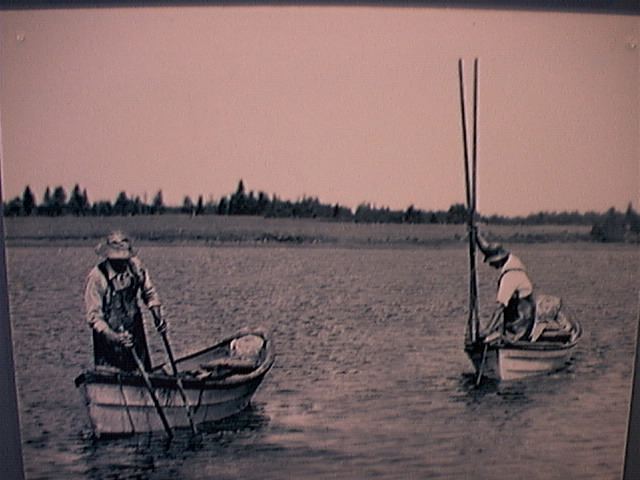 This is how Oysters were fished in Uncle Willy's day. 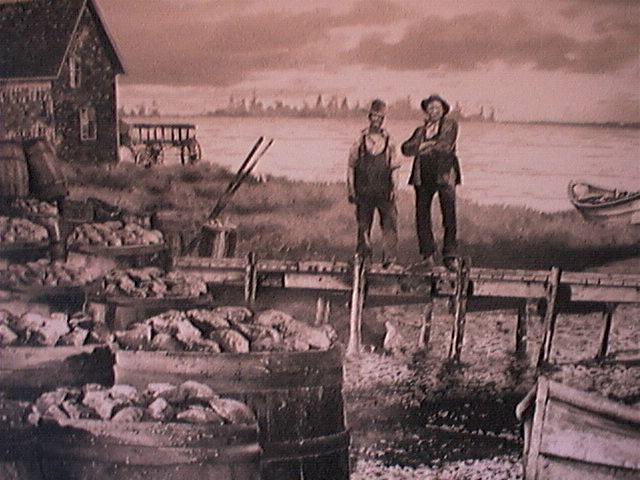 On the shore of an Oyster farm on Malpeque Bay, Prince Edward Island in the early 1900's. 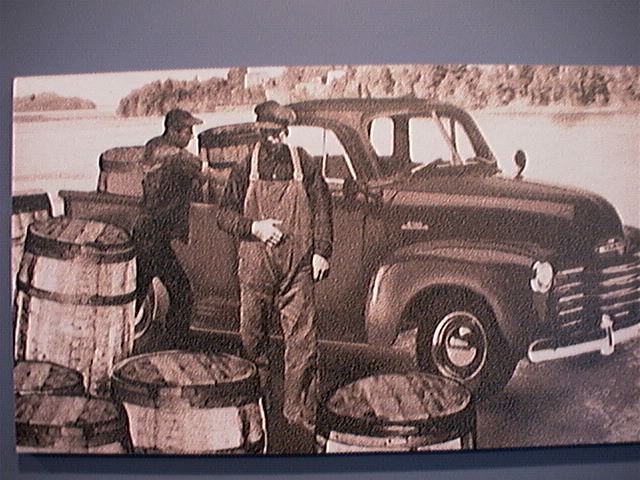 Preparing Oysters for shipping. Up until the 1950's, Oysters were primarily shipped by Barrels, as can be seen here.