How to Open Oysters

The life cycle of the Atlantic Oyster, which is more commonly known as the Malpeque Oyster, goes from being a very active larva to the very sedentary life of a mature oyster. During the early summer, mature female oysters can release millions of eggs, and at the same time, males can release an even greater number of sperm. The eggs are fertilized by sperm in the open water. These fertilized eggs develop into microscopic oyster larvae. The tiny larvae quickly develops a shell and the ability to swim and feed. They are very vulnerable at this stage. While spending about about three weeks swimming and being moved around by currents and tides. This is where most of them become the food supply for plankton-eating fish, including mature oysters. As little as one percent of the larvae live to reach the next stage of development. 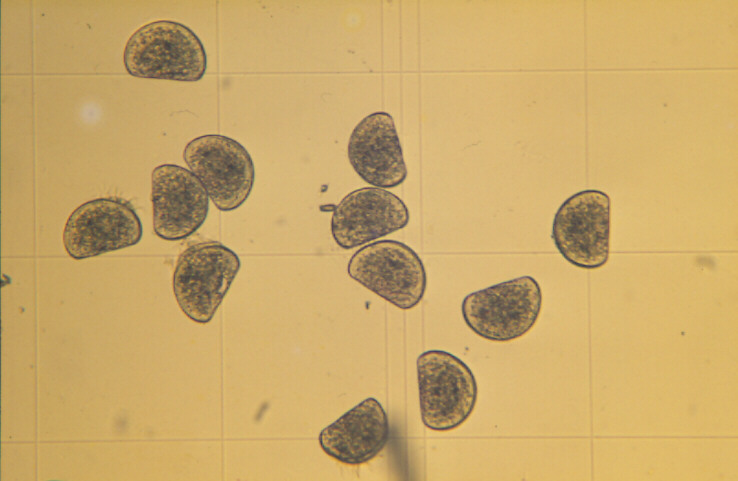 At the end of three weeks of swimming, the oyster will begin to seek a firm, clean surface to attach itself and it will then become what is known as spat. This marks the end of the oyster's movement. For the rest of it's life, it will remain attached to the initial material that it chose. This material is known as "Cultch." Once the oyster finds appropriate cultch to attach to, they will secrete a cement-like substance and will permanently attach themselves to whatever hard, clean surface they found.

There are often dozens of spat that attach themselves to a small area that is suitable. But as they grow, few of these will survive. As the oyster grows, so does it's shell. The condition of the environment decides the shape that the oyster takes. Crowded conditions produce long, narrow shells whereas open and unrestricted conditions produce the higher-quality round shells. Within four to six years, the oyster will reach the three inches that's required to make it a legal size for fishing. 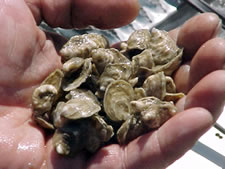 The science and collection of spat is a huge part of the aquaculture industry. There have been many developments since the early 1900s. Modern day lease owners do their own spat collection and growth of young oysters is done through the initiatives of the PEI Shellfish Association. 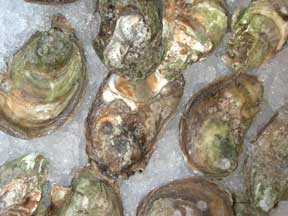